The Tiger Who Would Be King 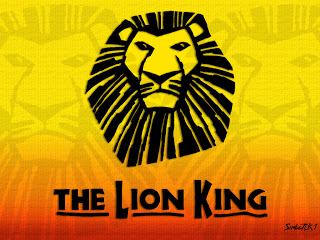 One morning the tiger woke up in the
jungle and told his mate that he was king of beasts.

"We
need a change," said the tiger. "The creatures are crying for a
change."

The tigress listened but she could hear
no crying, except that of her cubs.

"I'll be king of beasts by the
time the moon rises," said the tiger. "It will be a yellow moon with
black stripes, in my honour."

"Oh sure," said the tigress


as she went to look after her young, one of whom, a male, very like his father,
had got an imaginary thorn in his paw.

The tiger prowled through the jungle
till he came to the lion's den. "Come out," he roared," and
greet the king of beasts! The king is dead, long live the king!"

Inside the den, the lioness woke her
mate. "The king is here to see you," she said.

"What
king?" he inquired, sleepily.

"The
king of beasts," she said.

"I
am the king of beasts," roared Leo and he charged out of the den to defend
his crown against the pretender.

It was a terrible fight and it lasted
until the setting of the sun. All the animals of the jungle joined in, some
taking the side of the tiger and others the side of the lion. Every creature
from the aardvark to the zebra took part in the struggle to overthrow the lion
or to repulse the tiger, and some did not knot know which they were fighting
for, and some fought for both, and some fought whoever was nearest and some
fought for the sake of fighting.

"What
are we fighting for?" someone asked the aardvark.

"The
old order," said the aardvark.

"What
are we dying for?" someone asked the zebra.

"The
new order," said the zebra.

When the moon rose, fevered and
gibbous, it shone upon a jungle in which nothing stirred except a macaw and a
cockatoo, screaming in horror. All the beasts were dead except the tiger, and
his days were numbered and his time was ticking away. He was monarch of all he
surveyed, but it didn't seem to mean anything.